Millennials should move to one of these 20 smaller cities, Des Moines No. 2 and Cedar Rapids No. 8

The following article was initially published on Oct. 31, 2018 via Inman. 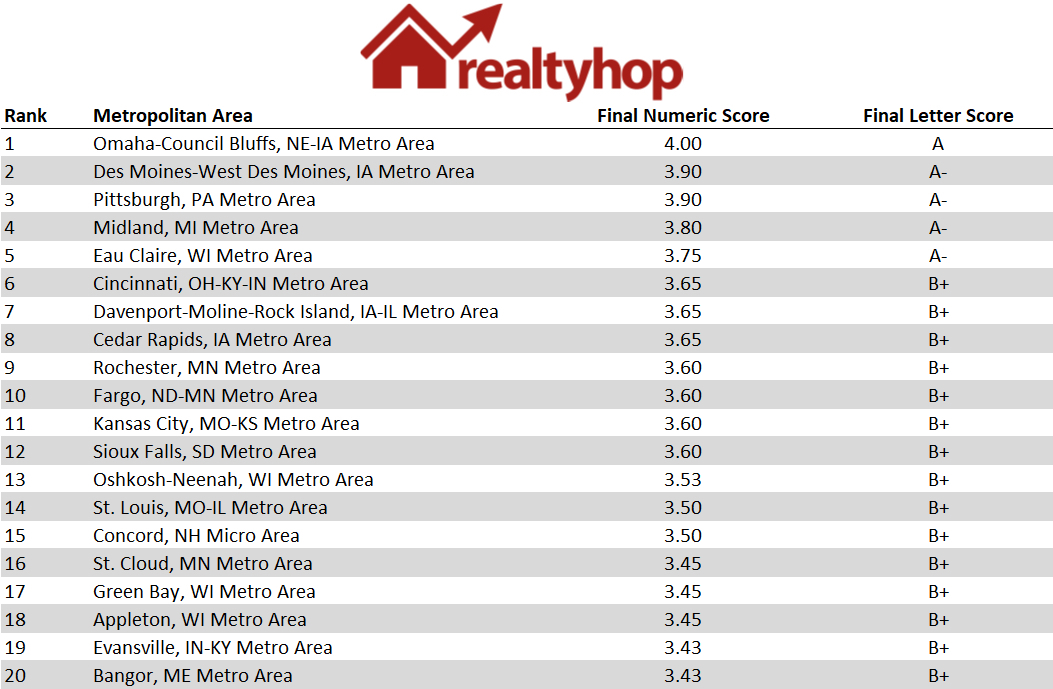 RealtyHop analyzed seven metrics in particular to come to the conclusion that these more modest regions might be a better bet than flashier options on the coasts. These are:

The top choice, the Omaha-Council Bluffs metro area, came in with a median home value of $170,200 and median household income of $71,151. What seemed to set it apart was the 7.1 percent of residents who are either international or moved there from out of state.

The Los Angeles-Long Beach-Anaheim area had a median home value of $617,100 and just a $72,654 median home income. While they ranked highly for other aspects of living in a city, they were brought down by the extremely high home value-to-income ratios. Though that does not appear to dampen any enthusiasm for moving to these urban centers.

And these big cities certainly weren’t the worst places for millennials to live. That dubious honor went to the California metros of Madera and Stockton-Lodi, Again, RealtyHop blamed their last place rankings due to the low median income stats and very high housing costs. Yakima, Washington had a similar home value/income ratio, as well as low rankings in the other categories.

“When it comes to deciding where to move to, millennials should be sure to expand their horizons beyond the ever-popular coasts – there is a lot of value to be had by digging in one’s roots in other cities. At the end of the day, however, there’s no comprehensive index that can determine the best metropolitan area for any given individual,” wrote RealtyHop.